Eye health is not something to take for granted. However, we aren’t always taught exactly how to best care for our eyes from an early age. Most adults need corrective lenses at some point and, because this is so normal, it may be perceived as a given; something that is just a part of aging. However, eye health is more than seeing well and being able to read a book or a computer screen. It’s also about minimizing risks for conditions like cataracts and macular degeneration. This is where supplements like lutein and zeaxanthin come in.

Lutein and zeaxanthin are carotenoids that are commonly found in supplements formulated for eye health. Carotenoids are red and yellow pigments that are found in certain plants and vegetables, like carrots and red or yellow peppers. Interestingly, though associated with red and yellow pigments, these carotenoids are also found in high amounts in spinach and other green leafy vegetables. They are also found in high concentrations in the macula of the eye. The macula is the center of the retina and the part of the eye that sees central vision.

Studies indicate that lutein and zeaxanthin act as antioxidants in the body. They work in concert with others, such as vitamin E, beta-carotene, and vitamin C to protect against the effects of free radicals, unstable molecules that degrade cellular health.

Eye Benefits of Lutein and Zeaxanthin

Zeaxanthin is found directly in the macula of the eye. Another vital substance that, along with zeaxanthin, blocks blue light from damaging the retina, is meso-zeaxanthin. This carotenoid is made in the eye from lutein. The presence of these substances in the macula is important because they reduce the risk of light-induced oxidative damage that could lead to macular degeneration known as AMD.

We care about your vision today, tomorrow, and for your lifetime. To schedule a comprehensive eye exam in our Ocala office and discuss the eye supplements we offer, call (352) 237-8400.

We’ve Got Strategies to Help Your Skin Age Well!
COVID-19 and Your Eyes 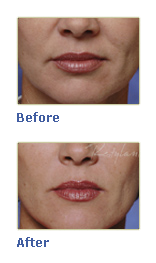